“Marvel’s Age of Resistance wraps up next week with an issue focusing on Kylo Ren that you don’t want to miss; it’s the capper to an ambitious 27-issue maxi-series, which includes Age of Republic and Age of Rebellion, that has spanned all eras of Star Wars. While each installment has mostly focused on one individual hero or villain, revealing never-before-seen moments like Snoke and Kylo’s visit to Dagobah and more, one constant throughout the series has been Mike McKone’s covers. The artist drew arresting covers for every issue in a similar motif: illustrations laser-focused on character with iconic poses and expressions, but brimming with energy and movement. StarWars.com is excited to exclusively reveal the full assembly of McKone’s 27 illustrations below. 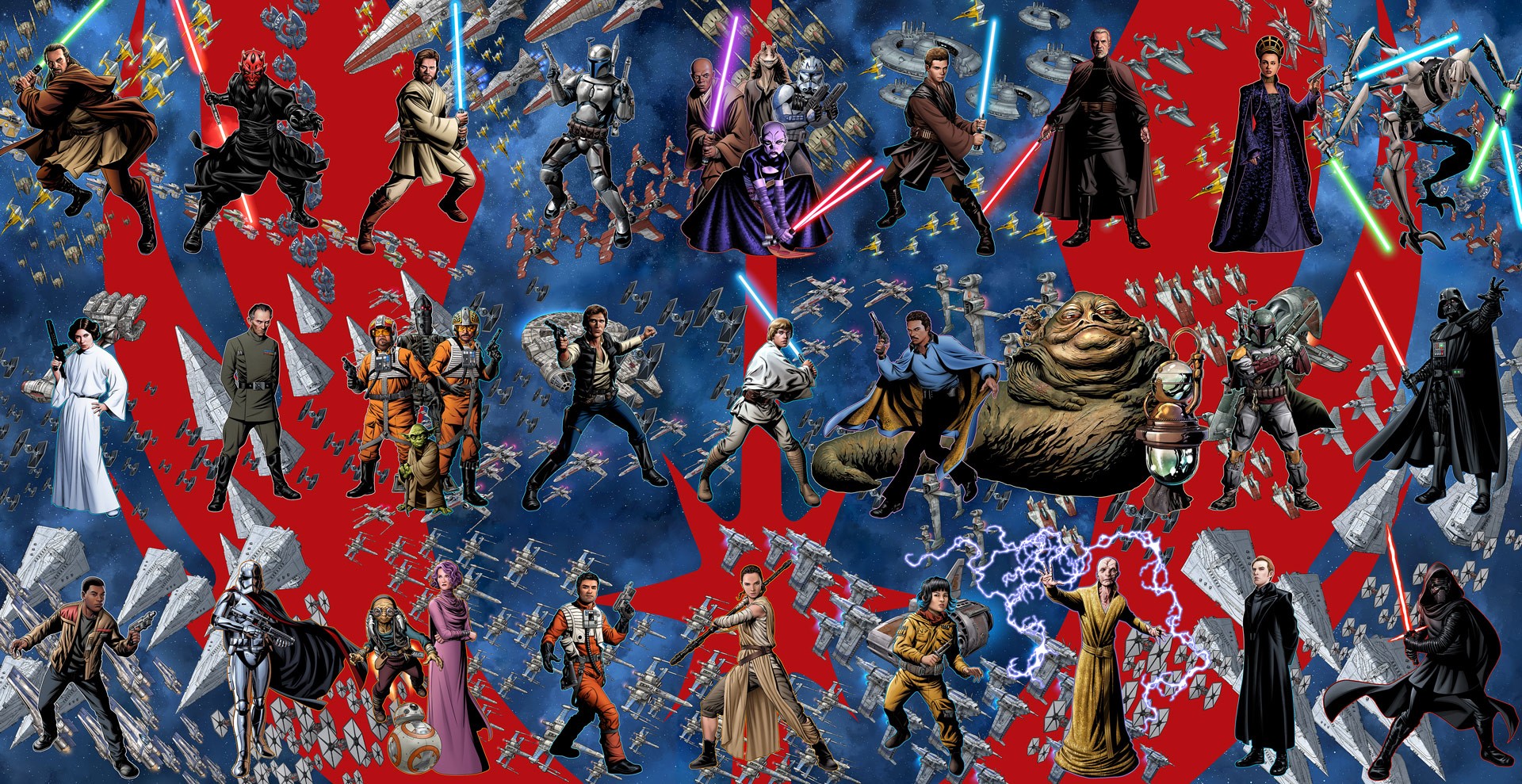 When viewed as one piece, the scope of McKone’s work — which took 10 months start to finish — can truly be appreciated. But some select covers stand out to the illustrator. “Three favorites would be Grand Moff Tarkin, Padmé, and Phasma,” McKone tells StarWars.com. “Tarkin because Peter Cushing had such a wonderful, emotive face. Padmé has the best costumes and I was sorry to only draw one of them. Phasma because who doesn’t love a bling’d up stormtrooper with a cape?”

It’s hard to argue that.”