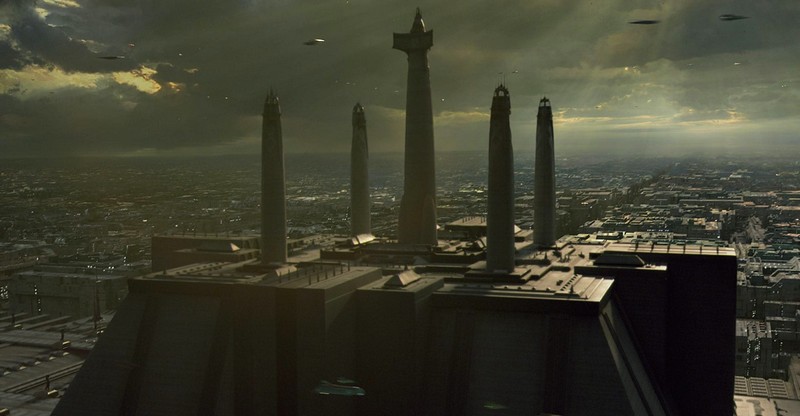 Before being replaced by J.J. Abrams, Colin Trevorrow was supposed to write and direct Star Wars: Episode IX. The contents of two of his scripts were reportedly leaked these last few days. Although none of this is official, many reliable sites have confirmed the authenticity of the leaks.

Robert Bernett Meyer has described the first draft written by Trevorrow and Derek Connolly on his Youtube channel. Reddit user Lollifroll made a summary of it. Click here and there  to read it. Listed below are the main references to the Prequel Trilogy:

• Trevorrow’s Episode IX was titled ‘Duel of the Fates’. It’s a direct reference to the famous music track from The Phantom Menace.

• In the first draft, we see Coruscant. The planet is occupied by the First Order. New structures have been built atop the art deco structures of the Republic. Most of the citizens are poor now. The heroes must go under the Jedi Temple in order to activate a “Force beacon” and send a message from Leia to 50 planets. It’s a call for help. The First Order can’t intercept the transmission because it’s an old technology. The final battle between the Resistance and the First Order is set on Coruscant. The people is revolting and helping the Resistance.

• In the first part of this draft, Kylo Ren goes to Darth Vader’s castle on Mustafar. He finds a Sith Holocron there.

• Furthermore, the final fight between Rey and Kylo Ren is set on Mortis, a mystical planet introduced in The Clone Wars.

But according to Making Star Wars, Coruscant, Mustafar and Mortis were not included anymore in Trevorrow’s final draft for Episode IX. Mustafar was replaced by Moraband, an ancient Sith planet that appeared in The Clone Wars.