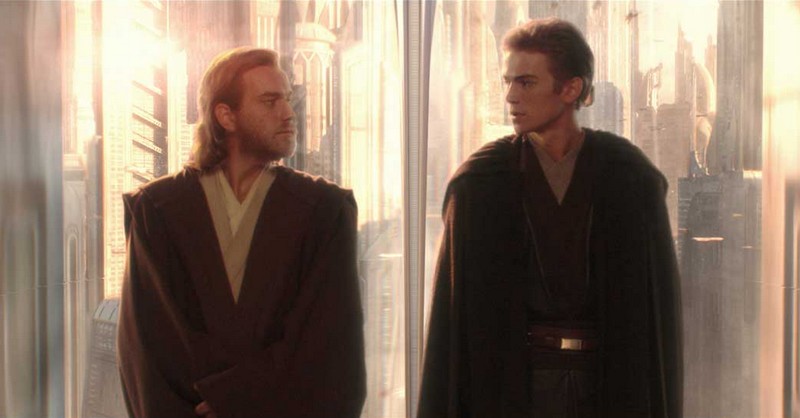 “It’s been fifteen years since the premiere of Star Wars: Attack of the Clones in theaters. Since its release, the second installment in George Lucas’s prequel trilogy has been probably the most criticized of all the Star Wars movies. Critics and fans alike have trashed on its wooden dialogue, stiff acting and the (from a certain point of view) creepy romance between Anakin Skywalker and Padme Amidala.

But while our voices are often drowned out by the louder ones of Episode II‘s detractors, there are many of us who love or at least enjoy watching it.  So, in honor of the film’s 15th anniversary, here are 15 things I love about Attack of the Clones.

What is not to love about Ewan McGregor’s portrayal of Obi-Wan in this movie? He has attitude, he has cool gadgets, and he gets to go on a sleuthing adventure. And let’s be honest: Few people can rock a mullet and a beard, but Obi-Wan wears both well.

Padme is at her best in Attack of the Clones. She commands Jedi and clones with perfect ease and knows how to take care of herself in any situation. Her outfits in this movie are also some of the best costumes in the entire saga (the lake dress is my favorite). But more importantly, she has a big heart. Some people might deride Padme for falling in love with Anakin, who is not only a Jedi but is also rather immature. But I see her love story as a tragic and human one. Sometimes even the wisest and strongest people make questionable choices. […]”

Read the whole article at Dork Side of the Force.

Note: Attack of the Clones was actually pretty well received by critics at its release (67% fresh rating on Rotten Tomatoes).