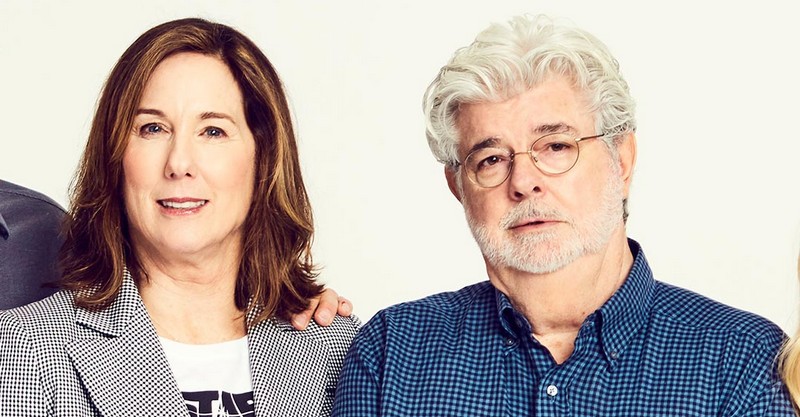 “Despite his retirement, the godfather of Star Wars still weighs in occasionally about the new films.

And George Lucas has one main area of interest: the Jedi.

Since The Last Jedi will take fans on a journey to the primitive first temple of the Force-wielding order, it seems like a good time to revisit a comment Lucasfilm president Kathleen Kennedy made to EW at this year’s Star Wars Celebration.

Kennedy, who has known and worked with Lucas since their Raiders of the Lost Ark days, was asked if he still offers input into the films and stories being developed.

“Not really,” she said. “But he’ll whisper in my ear every now and then. Usually it’s something specific or important to him about Jedi training. Things like that.” […]

Lucas, who sold his company to Disney in a $4 billion deal in 2012, has occasionally visited the sets of the films, but Rogue One director Gareth Edwards said his suggestions were limited to jokes and encouragement to not “screw up.”

Although his original story treatments for where the saga might go have gone largely unused, Kennedy said some of the broader ideas are still providing the foundation, like handing off the heroism to a new group of characters.

“I think he’s starting to settle into this and just be a fan,” she said. “It’s taken a while. It’s hard to let go, after 40 years. That’s a lot of expectation and things he thought a lot about. Suddenly that next generation, that whole thematic idea he came up with, is in process.””