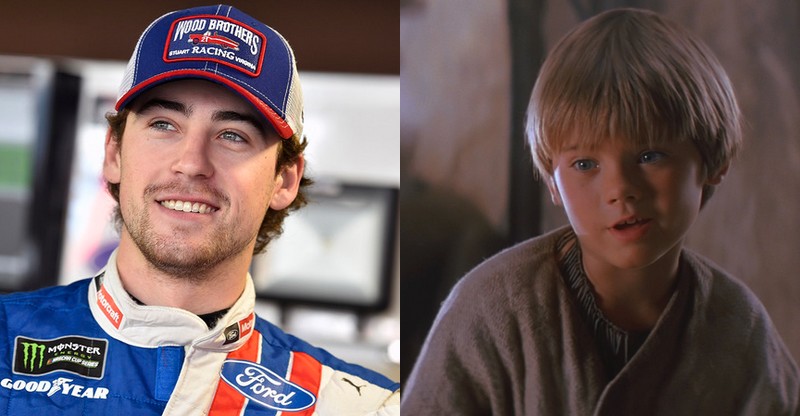 “Ryan Blaney is one of the rising stars of NASCAR. […]

But if there’s one thing Ryan Blaney loves when he’s off the track, it’s Star Wars. The superfan loves the franchise and loves talking about Star Wars. Blaney got to meet Daisy Ridley (Rey) and even went through the entire history of Star Wars while on the road. Blaney is also a spokesperson for Star Wars Battlefront II which comes out on PS4, Xbox One and PC on Nov. 17.

As someone who is just starting to get into the Star Wars franchise, I wanted to talk to an expert and get their thoughts of how to get into it. So I went to Dover and met Ryan Blaney to ask how he became a fan and to get his thoughts on George Lucas constantly tweaking his previous creations.

Phillip Bupp: How did you get to be a Star Wars fan?

Ryan Blaney: Hmm, I don’t know. My parents and my family were never really a fan of them. When I saw the first one, Episode I Phantom Menace, that came out when I was 6 or 7. I think that time was you’re at that age where you’re just figuring out what you like. And when I saw the first one, I thought it was pretty cool and it kind of stuck with me. So I just saw it as a little kid and thought it was the right time and I enjoyed it and it’s been neat to keep enjoying it. I’m 23 now and that’s been pretty cool. I like the storylines in it and I like that other world. So yeah, I saw it and stuck with it. […]

PB: I really wanted to interview you about Star Wars because I am just now getting into Star Wars. I didn’t start watching until I was 27 and that was a couple years ago so I’m starting a bit later. Now I’ve heard from many people about different ways to watch the franchise for the first time. Either, I’ve been told to skip the prequels or watch the first six in a certain order and everything else. What would you say would be the best way for a first timer to watch Star Wars?

Blaney: The way I saw it, because I was young and I saw Episode I, I went I, II, III and then I watched the originals. So I guess you could say I watched them in [chronological] order. And other people have different opinions whether you should watch the originals first and then the prequels. I don’t really think there’s a wrong way to seeing them, it’s just whatever you want to do.

But I guess if there is a wrong way you could see them, it would be if you kinda jumped episodes. Either watch IV, V, VI and then I, II, III or go from I all the way to VI, so whichever is up to your preference.

PB: Yeah, I still need to watch the prequels, those are the only ones I haven’t seen yet. I’ve seen everything else.

Blaney: I think you gotta tweak things. A part of me wants it, [along with] a lot of people like it to just leave it. Everybody tweaks things the way that somebody wants to do their movies. That’s their thought, that’s their movies. If other people think they can do it better, then make your own movie [laughter]. But I don’t mind tweaking things, I think it’s kinda cool. And whatever he wants to do, I’m along for the ride regardless really. […]

PB: Now of all the movies, which one’s your favorite?

Blaney: Honestly, really because it’s the first one I saw, Episode I is my favorite because it got me hooked on Star Wars. Darth Maul is probably my favorite character of the whole franchise. So it’ll go Phantom Menace first, even though there’s some things I don’t like about it. And then I like Empire [Strikes Back], that’s easily number two. Just Phantom Menace because it’s the first one I saw as a kid and it’ll always be special to me. […]”