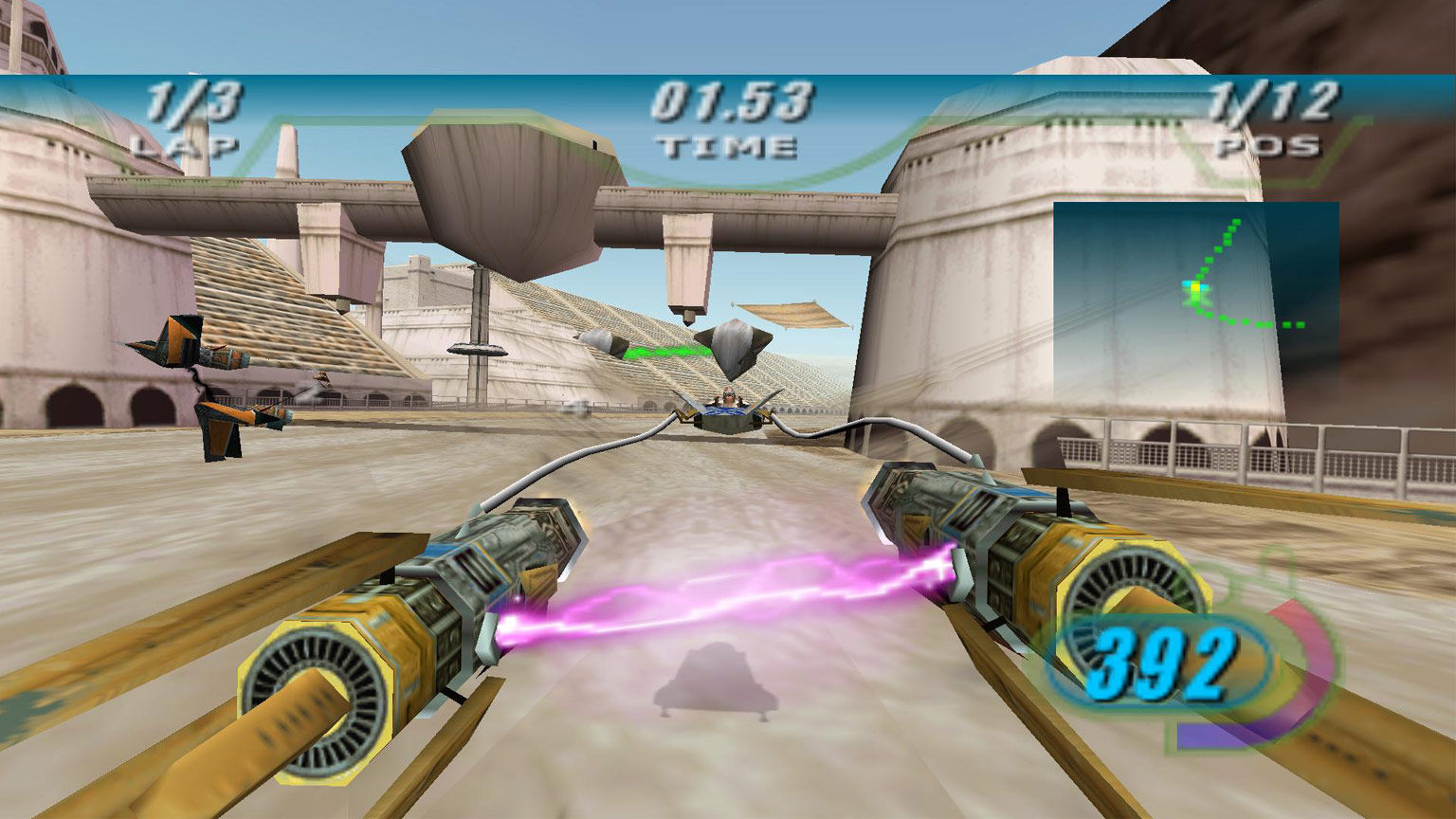 A batch of fan-favorite titles — including Knights of the Old Republic II and Republic Commando — were recently added to the Xbox One backward compatibility program, and now Lucasfilm and Disney are dropping another classic on PC to celebrate May the 4th. Star Wars Episode I: Racer is available in a newly optimized edition on GOG (featuring LAN Multiplayer support), and it offers the same thrilling experience you remember.

When Star Wars: The Phantom Menace, or Episode I, was released in May 1999, it brought with it a windfall of exciting new Star Wars games. With a worldwide audience eager for new content, the era of the prequels saw more video games set in the galaxy far, far away than ever before. The next three years saw the release of several all-new Star Wars games, many of them bigger and more ambitious than anything previously produced. The first truly great game of that era, Star Wars Episode I: Racer, arrived in stores the day before Episode I hit theaters.

Like young Anakin Skywalker, the game’s all about racing through alien landscapes at impossible speeds. In The Phantom Menace, George Lucas introduced moviegoers to the world of podracing, a galaxy-spanning sport in which pilots race to the finish line in cockpits pulled by massive jet engines. Episode I: Racer takes the spectacular fifteen-minute racing sequence from the film and turns it into gold: an arcade-style racer unlike anything else in the Star Wars games catalog (outside of its 2002 sequel, Star Wars: Racer Revenge).

The game spans twenty-five race courses across eight unique worlds — the scorching deserts of Tatooine, the Dug homeworld of Malastare, the ice planet Ando Prime. Players can pick from twenty-three different characters, from the lightning-fast Ben Quadrinaros to my personal favorite, Ody Mandrell. Several actors, including Jake Lloyd (Anakin Skywalker) and Lewis MacLeod (Sebulba) reprise their roles from the film. Considerable care has been taken to ensure that the game is properly optimized to run on modern hardware; it’s still the same game you remember from all those years ago.

Originally released on the Nintendo 64 and PC simultaneously, Episode I: Racerwas an immediate hit with fans and critics alike. GameSpot’s review called it “even better than the scene that inspired it,” while Electronic Gaming Monthlynamed it “Game of the Month,” praising its “astounding” visuals, high speeds, and pit-droid strategy elements.

It’s a game that beautifully captures the spirit of a particular corner of the universe, as well as a can’t-miss piece of Star Wars video-game history.”