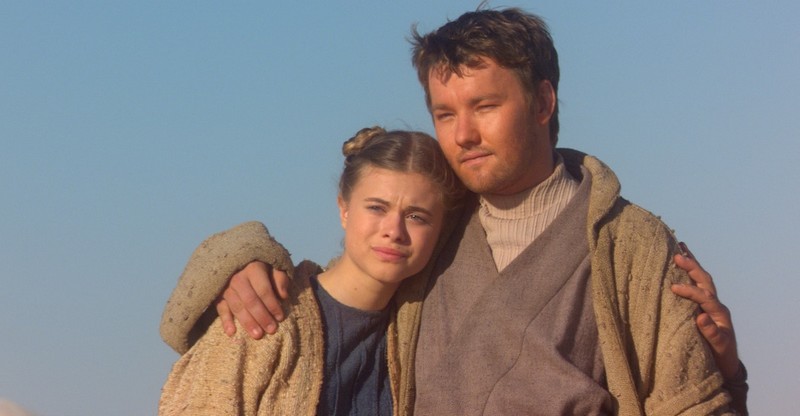 “Actor and director Joel Edgerton has amassed such a body of work that it’s easy to forget he actually played a small part in the Star Wars universe. Back in 2002, he was cast as the young Owen Lars, eventual foster parent of Luke Skywalker, in Star Wars: Episode 2 – Attack of the Clones.

Ahead of the release of Edgerton’s upcoming movie as a director – ‘gay conversion’ therapy drama Boy Erased – Edgerton spoke to our sister publication Total Film magazine for an in-depth career interview. Of being cast in Attack of the Clones, the Australian star says: “It totally was [like hitting jackpot], as miniscule as my part was in Star Wars. I couldn’t believe that they were shooting in Australia, that I was an actor of the right age to play a young Uncle Owen. It was my 26th birthday when I found out I got the job. I was so fucking over the moon. And then it gave me the opportunity to go to the States.”

For a young actor, there are more benefits to being in Star Wars than just getting to visit Tatooine. “Star Wars allowed me, in that 18-month period while they were putting the movie together, to bluff my way into any meeting I wanted. ‘I’m in Star Wars. I’m not telling you that I’m only in it for five minutes and that I don’t have a lightsaber.’ I would have meetings with people, and let them believe I was a larger part of the story than I actually was. That was a good time and allowed me to get my first job out of the States.” […]”