“It’s been twenty years since we first met Qui-Gon Jinn and his apprentice Obi-Wan Kenobi in Star Wars: The Phantom Menace, but there’s still more to be explored in the story of Jedi and Padawan.

To celebrate the arrival of Star Wars: Master & Apprentice, the new novel out now, StarWars.com recently sat down with bestselling author Claudia Gray to get a glimpse at what this novel has in store for readers, from the Padawan problems of their early relationship to a deeper look at the treasured lore at the heart of the Star Wars saga.

Note: This interview does not contain detailed spoilers regarding the plot of Master & Apprentice, but it does shed light on its characters. Tread carefully! […] 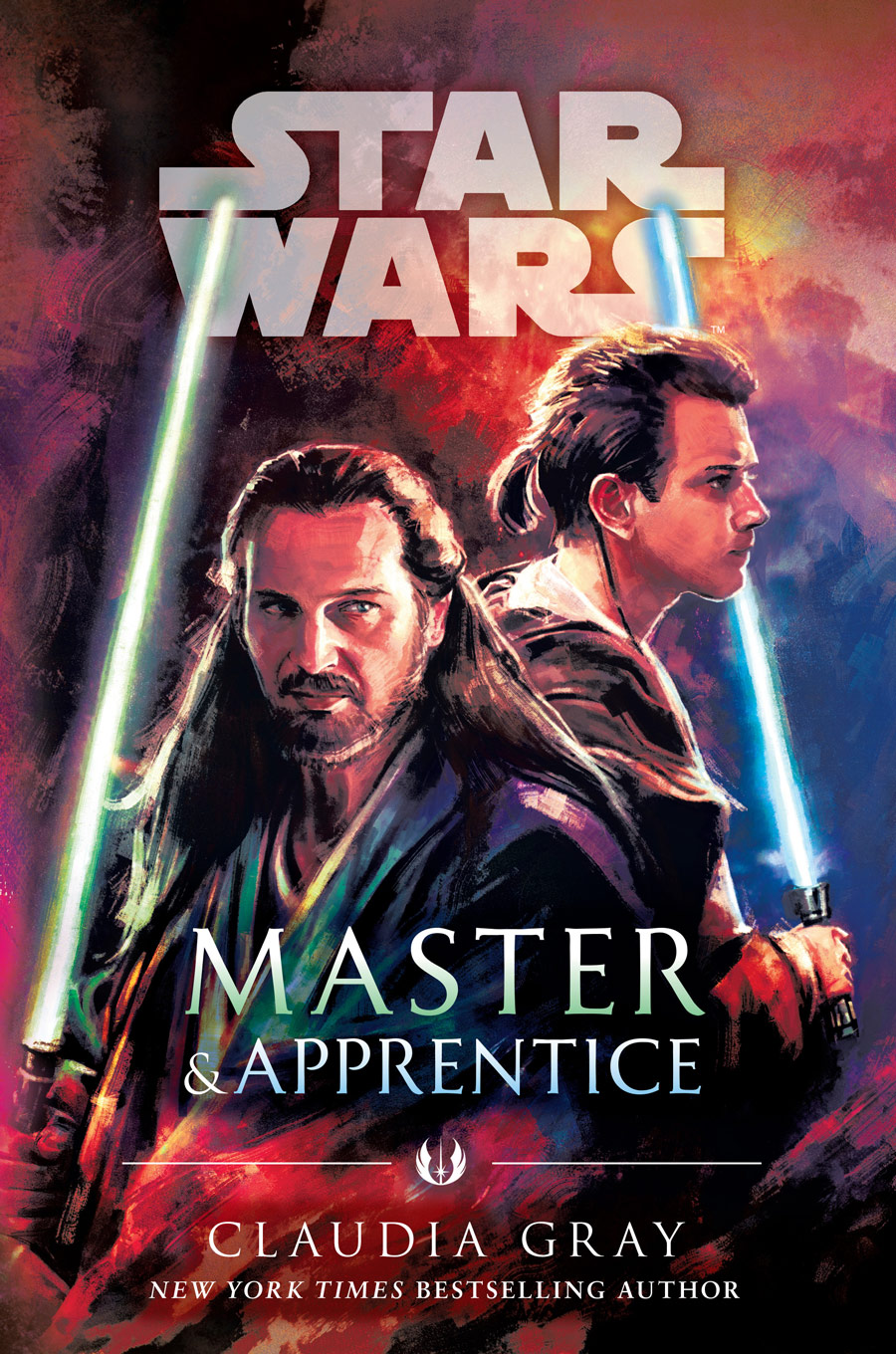 StarWars.com: Up until this point you had written stories in the original and sequel trilogy eras. Princess Leia was a central character in a number of your stories. Now you were moving into the prequel era with Qui-Gon. Is he a close second to Leia as your favorite character?

Claudia Gray: Well it’s all very hotly contested! Qui-Gon is certainly one of my favorites. We get so little of him in the films. It seemed there was so much more to tell with this idea of a Jedi who was not in lockstep with the Jedi Council. As the events of the prequel trilogy go on, we realize that the Jedi have sort of lost their way. Where does that leave Qui-Gon? It was a fascinating viewpoint to try and portray, if we could do it.

StarWars.com: Readers spend a lot of time with Qui-Gon and Obi-Wan together. What was it like exploring the ups and downs of their relationship?

Claudia Gray: It was one of the things I wanted to get into the most. It’s interesting to see Obi-Wan when he doesn’t have it all together yet. In the films he is much surer of himself. But what does that look like when you’re 17? He and Qui-Gon have different ways of doing things. It’s not a natural fit, and they have to work on it. Yoda reminds Qui-Gon that if he wasn’t having trouble with his Padawan then something would be wrong. Taking an adolescent through these big life changes is a little rocky. But that rocky patch has gone on a bit too long with Qui-Gon and Obi-Wan and their relationship is in peril.

StarWars.com: How did your understanding of these characters evolve throughout your writing process?

Claudia Gray: Young Obi-Wan does things by the book. Some people interpret that as a lack of courage or originality. But of course that isn’t the Obi-Wan Kenobi we all know. So what beliefs drive him in that way when he’s young? He follows the rules because he’s convinced they’re the right thing and represent real wisdom. They’re valuable teachings that are both procedural and spiritual.

With Qui-Gon, I became interested in his self-doubt about whether he was failing Obi-Wan. It’s his role to teach him. Qui-Gon is someone who takes that responsibility and wouldn’t blame the student. He’d look for the answer in himself first.

StarWars.com: This reminds me of the moment in The Phantom Menace when Obi-Wan apologizes for his forwardness, to which Qui-Gon responds that his Padawan is a “much wiser man” than himself.

Claudia Gray: This book was an opportunity to layer in more depth around those brief moments we see in The Phantom Menace.

StarWars.com: The issues of slavery in the galaxy have a major role in the story. How did this topic come to be included?

Claudia Gray: In The Phantom Menace, Qui-Gon is both very compassionate and at the same time can tell Shmi Skywalker, “I didn’t actually come here to free slaves.” The Jedi have a mandate to follow. They work within parameters. With the kind of power they have, to rule directly is too dangerous. So we wanted to see Qui-Gon dealing with his feelings about slavery. He questions why the Republic hasn’t done much about policing it. It’s a question that I myself ask, too. At this point the Republic is past its prime, and from The Phantom Menace on those cracks will start to show. […]

StarWars.com: It’s the 20th anniversary of The Phantom Menace this year. This book is among other new stories that point to the prequel trilogy era. How does it feel to contribute to this era?

Claudia Gray: If readers are able to see more layers in The Phantom Menace, more depth in the characters and their interactions, then I’ve done my job. I just want to add things, but at the same time make the additions feel like they could’ve always been there. Hopefully it feels like a natural part of Qui-Gon’s journey.”