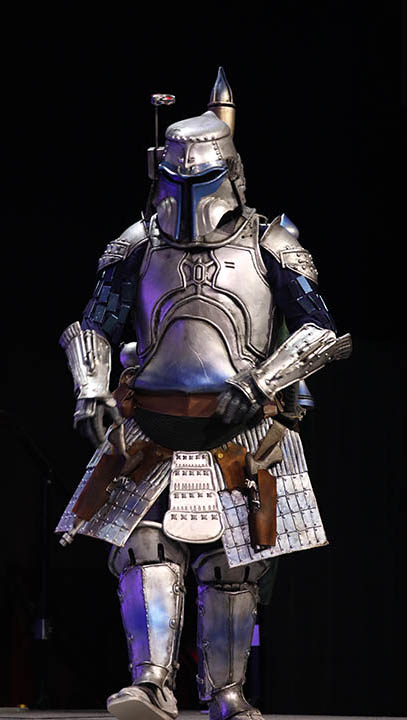 Frank Wehrkamp, who won for Best Armor, styled his Jango Fett cosplay off the Samurai-inspired Bandai collectible figure. When he was deployed in Afghanistan last year, he used his downtime to begin programming the build and then 3-D printed 60 percent of the cosplay this fall, “as soon as I got home,” he said.

He had previously crafted a stormtrooper in the same style, but Jango Fett has always been his favorite character, he said. The costume creation required “a lot of resin, a lot of paint, a lot of blood, sweat, and tears.” But when it was done, his helmet didn’t fit into any of his luggage. 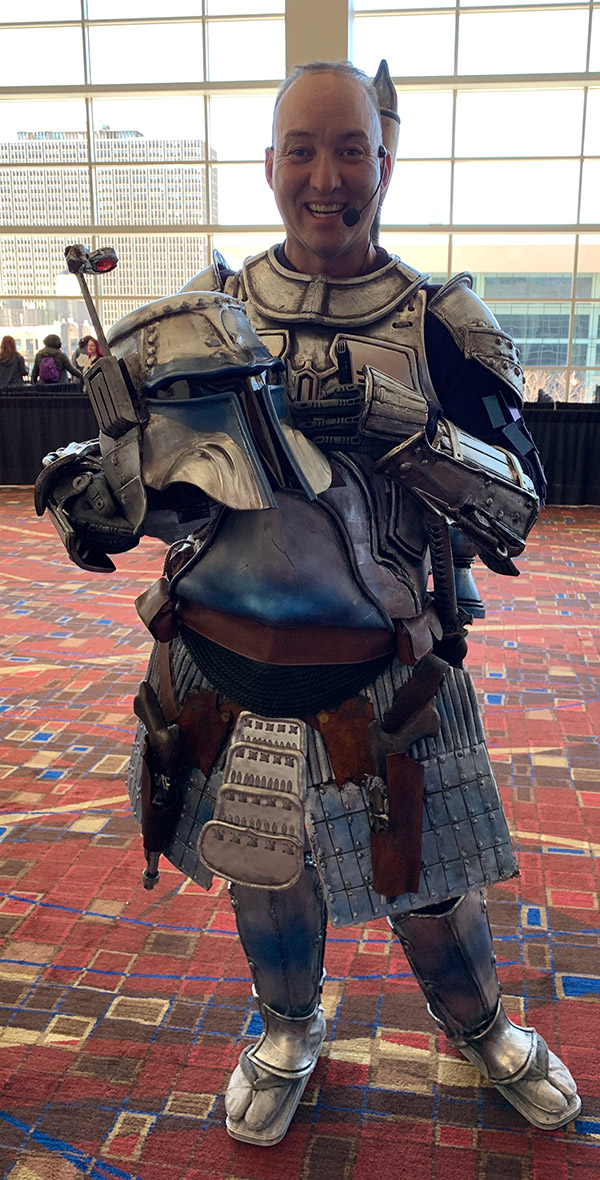 “Funny story,” he said. On the plane ride to Chicago, “I carried it in my lap.” But for takeoff and landing, he couldn’t keep it there “and I couldn’t stick it under the seat, so I had to wear it in flight all the way here from Las Vegas.” That’s dedication.

“Just to pull off a win was amazing,” he added. The night before the competition, he and his family had to run out and buy sandpaper to mend some parts that broke in transit. “I mean, I brought an emergency kit, but no sandpaper,” he said. “Next time.”

And not only did he get the judges’ vote, several fans at the Bandai booth were smitten with his life-size interpretation of the collectible, he said. “The attention we got was just insane.” 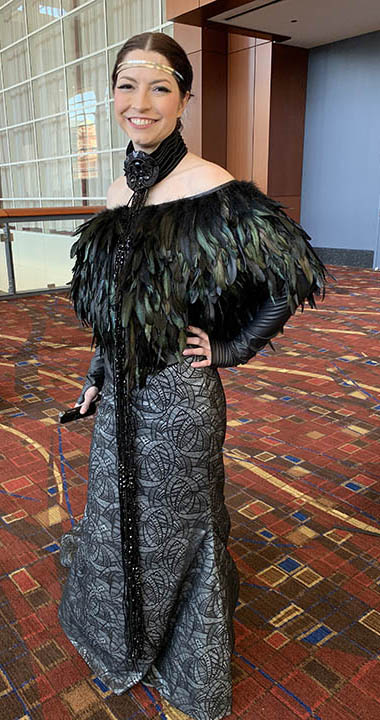 Stitching fit for a queen (or a senator)

Jennifer Catania got her start in theatrical and period costuming, so the historical influences of the prequel trilogy came through in her interpretation of Padmé Amidala’s dinner gown from the lake retreat. The painstakingly detailed creation won for Best Stitching.

Catania had already been on an elegant dress kick when she discovered the lace for the skirt in a shop, which inspired her to the begin the project. “The rule with Star Wars costuming is that if you see fabric that is anywhere close to screen accurate, you have to buy twice as much as you think you’ll need,” she said. 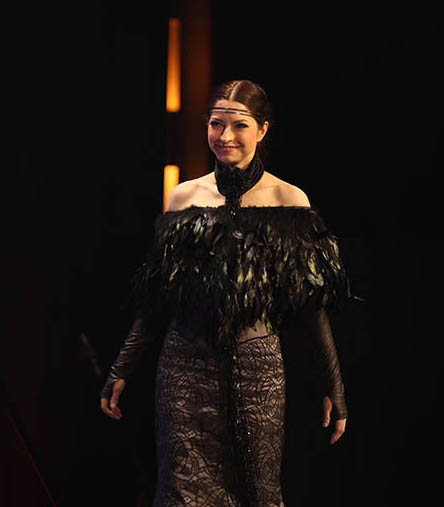 The gown — with a skirt sewn specifically so she can wear flats underneath to keep her comfortable and get her closer to Natalie Portman’s actual height in the scene — could almost be worn to a black-tie gala in this galaxy.

Catania put almost 120 hours of stitching into the look, with about half of that dedicated to hand beading the black velvet choker and the long beaded fringe at the front. Some of the beads were actually leftover plastic bits from a stormtrooper costume she had built, she noted.

For the cape, she used 13 yards of feather trim laid out in 10 distinct rows. The black pleather corset beneath was modified from a late 1800s corset pattern she custom drafted a few years prior.

“I think the best part of the contest was getting to hang out with all those amazing costumers,” she said afterward. Catania, a teacher by day, loves to cite sources and problem solve her different cosplay creations and share them with the community of builders and crafters. “That’s the reason I entered in the first place,” she said. And she was not disappointed, getting the chance to talk shop with cosplayers she follows on Instagram or had previously interacted with online. […]”