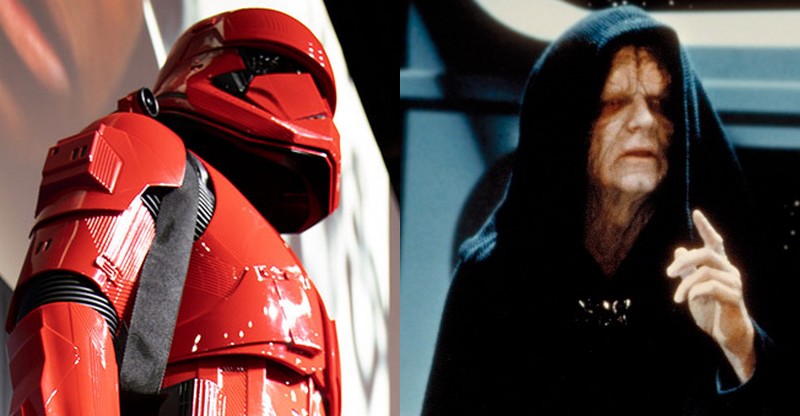 “Spoiler Warning: Please do not openly share the contents of this article on social media and spoil anyone that does not wish to be spoiled. Everyone has a different view regarding what constitutes a spoiler. Be cool and be careful. Also, please do not implicate me in your online social faux pas.

For a while now us Star Wars fans have been reading about hearing about what’s out in the unknown regions and “the beyond.” What that means has been kind of a mystery and part of the fun of the sequel trilogy era. Now today I have some pretty interesting rumors about what all of this actually means and what it might amount to if the rumors are correct. I should say that many of the things in this article have been corroborated by other tidbits in the past, both public and private. I think a lot of these disparate facts are coming together now.

The Sith Stormtroopers have been hidden away in the unknown regions. It is apparently hellish in those areas. The universe is “not entirely stable.” The area is dangerous and full of peril. Since Emperor Palpatine’s death the fleet has been dodging gravity wells and surviving in the wilderness of space in the unknown regions waiting to be found and to finish their mission.

This is why Kylo Ren needs the Wayfinder device, I’m told. The fleet is the key Kylo Ren needs to unlock Palpatine’s legacy. Kylo gets this device from an alien that looks like a spider with an infant’s face (check out Jedi Praxis’ fantastic report which I can 100% validate) that acts as an oracle. This is sort of a Pandora’s Box for Kylo it seems as he thinks he’s getting himself something powerful that answers to him but Palpatine is not so willing to share his toys with anyone. Palpatine’s contingency plans weren’t to make sure Darth Vader’s grandson received his inheritance.

The red Sith Stormtroopers which belong to Palpatine are hidden away inside a massive fleet, probably as a final act so upon his resurrection he could dominate the universe once more. However, the Death Star II wasn’t Palpatine’s last project. These Star Destroyers are equipped with “planet destroying weapons like the one on the Death Star itself.”

Our buddy at the fantastic Bespin Bulletin is also releasing some images of the Sith Jump Troopers that fly in the Red TIE Fighters that belong to this fleet. These guys eject from their red TIE Fighters and rocket out and continue fighting from what I’ve heard and it all links up to survival in the unknown regions. These guys are not cowards with armor like our heroes are used to dealing with. I was told a few shots from The Clone Wars regarding Mando rocket pack stuff are pretty much reworked for this some of this movie and it is supposedly fantastic. Head over to Bespin Bulletin for his sketches of the troopers when they post in a short while. […] 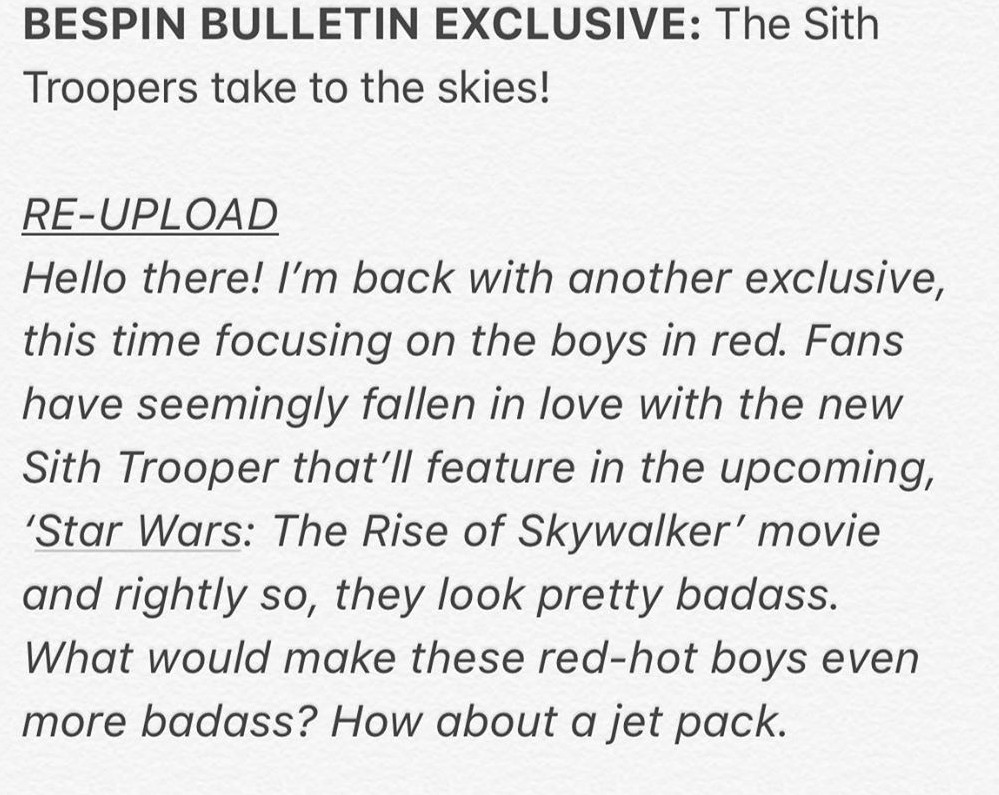 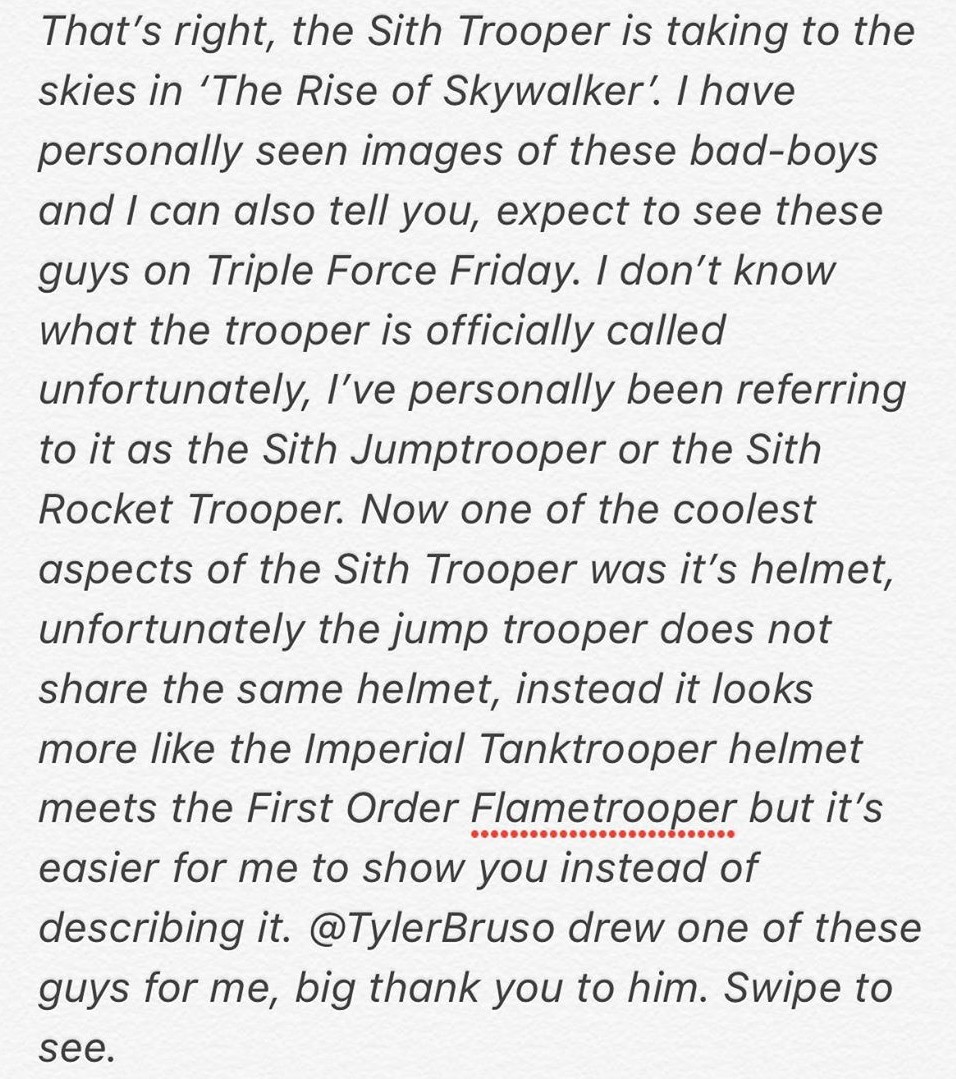