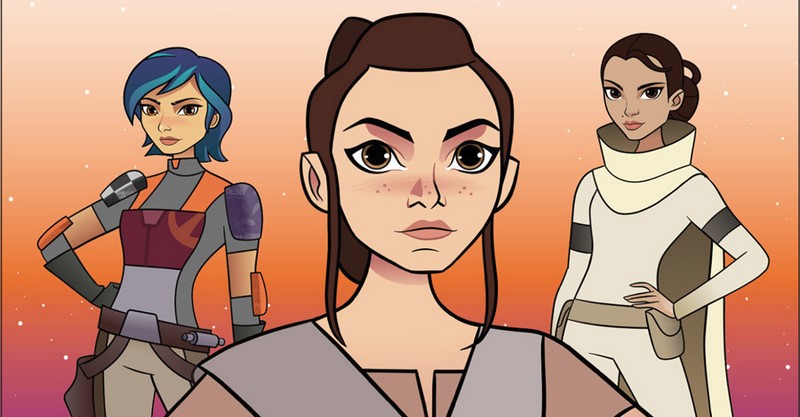 “Star Wars fangirls have always believed in the Force, but now the Force believes in them.

A new storytelling series called Forces of Destiny aims to expand the galactic saga’s audience by highlighting its female heroes in eight new 2-D animated shorts. Those will debut on Disney YouTube in July, then be packaged with eight others in the fall for a pair of TV specials airing on the Disney Channel.

While they’ll be full of familiar characters and creatures, the central figures are Princess Leia from the original trilogy era, Padmé Amidala from the prequels, Rey from The Force Awakens, Rogue One’s Jyn Erso, and a trio from the animated Rebels series: the Mandalorian warrior Sabine Wren, Force-sensitive Jedi badass Ahsoka Tano, and the avocado-hued Twi’lek pilot Hera Syndulla.

In some cases, multiple heroines will appear in adventures with each other, even though some of them have been separated by different timelines – but it’s all official canon. “One of the opportunities here was to tell the stories in between the larger moments and imagine some of the ways our characters have crossed,” says Carrie Beck, an executive producer of the shorts and a member of the Lucasfilm story group braintrust. “It’s all part of the larger swath of storytelling.” […]

Each of the Forces of Destiny shorts are about three minutes long, and they were penned by Jennifer Muro, a writer known for DC’s Justice League Action, and directed by Brad Rau, who has helmed episodes of the animated Rebels series on Disney XD. Dave Filoni, executive producer of Rebels, also helped create the new storylines. […]

Many of the original actresses will be voicing their characters. Daisy Ridley is playing desert scavenger Rey in stories set within the arc of The Force Awakens (sorry, no flash-forwards to The Last Jedi or Episode IX, and no flashbacks to illuminate her mysterious past,) and Felicity Jones will resurrect Jyn Erso for adventures that pre-date the climax of Rogue One. (Obviously.)

From Rebels, Tiya Sircar will voice heroic bounty hunter Sabine Wren, Ashley Eckstein will return as Ahsoka Tano, a character she has been playing since the earlier Clone Wars animated series, and Vanessa Marshall will bring her flygirl swagger from the show to Hera Syndulla.

With Carrie Fisher sadly gone, Princess Leia will be voiced in the shorts by Shelby Young, and although Natalie Portman won’t be playing the role of Padmé Amidala, she’ll be voiced by Catherine Taber, who played her in The Clone Wars.

One other towering female presence from Star Wars will play a part in the shorts: Lupita Nyong’o will narrate the shorts as her little orange alien sage Maz Kanata. […]” 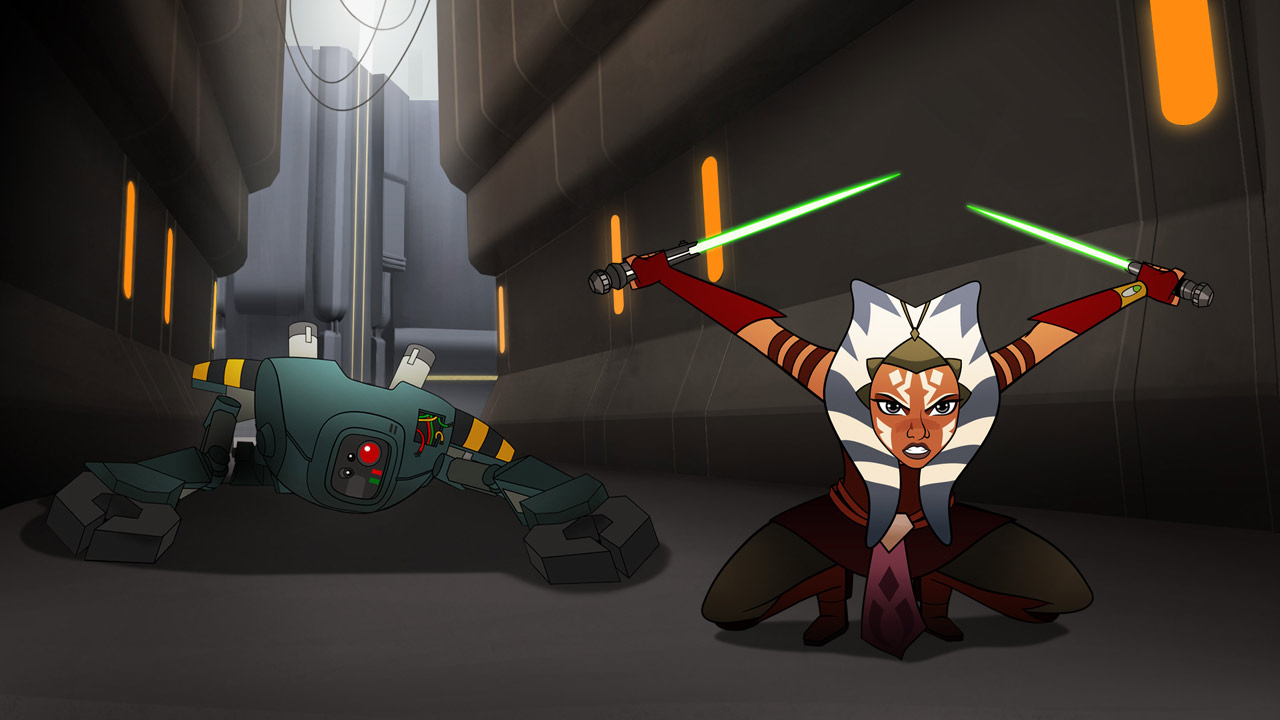 “More products based on the series, including books, apparel, bedding, and more, are also coming. The covers for books Star Wars Forces of Destiny – Daring Adventures Vol. 1 and Vol. 2 are revealed in the gallery below, both featuring three stories starring Star Wars heroes from across the saga.” 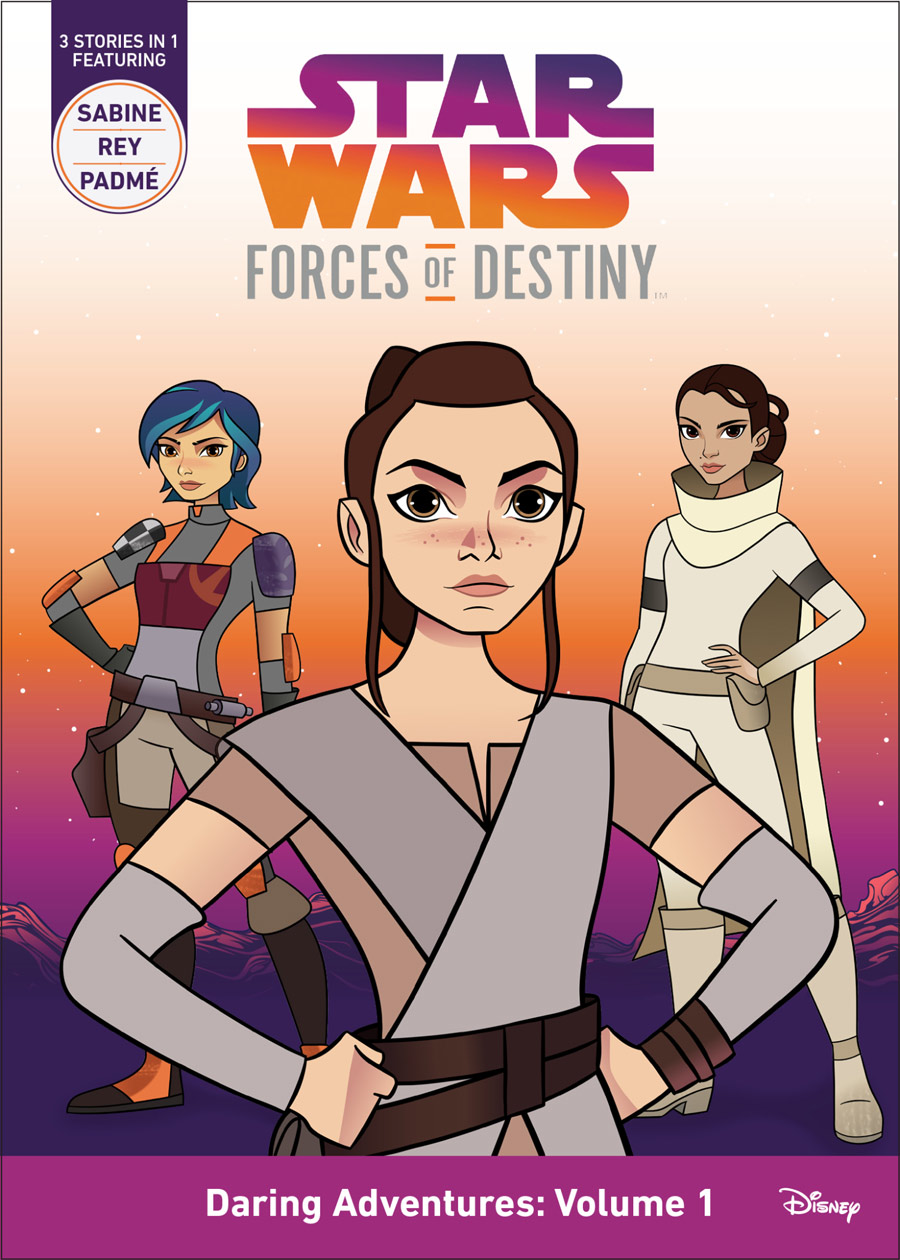 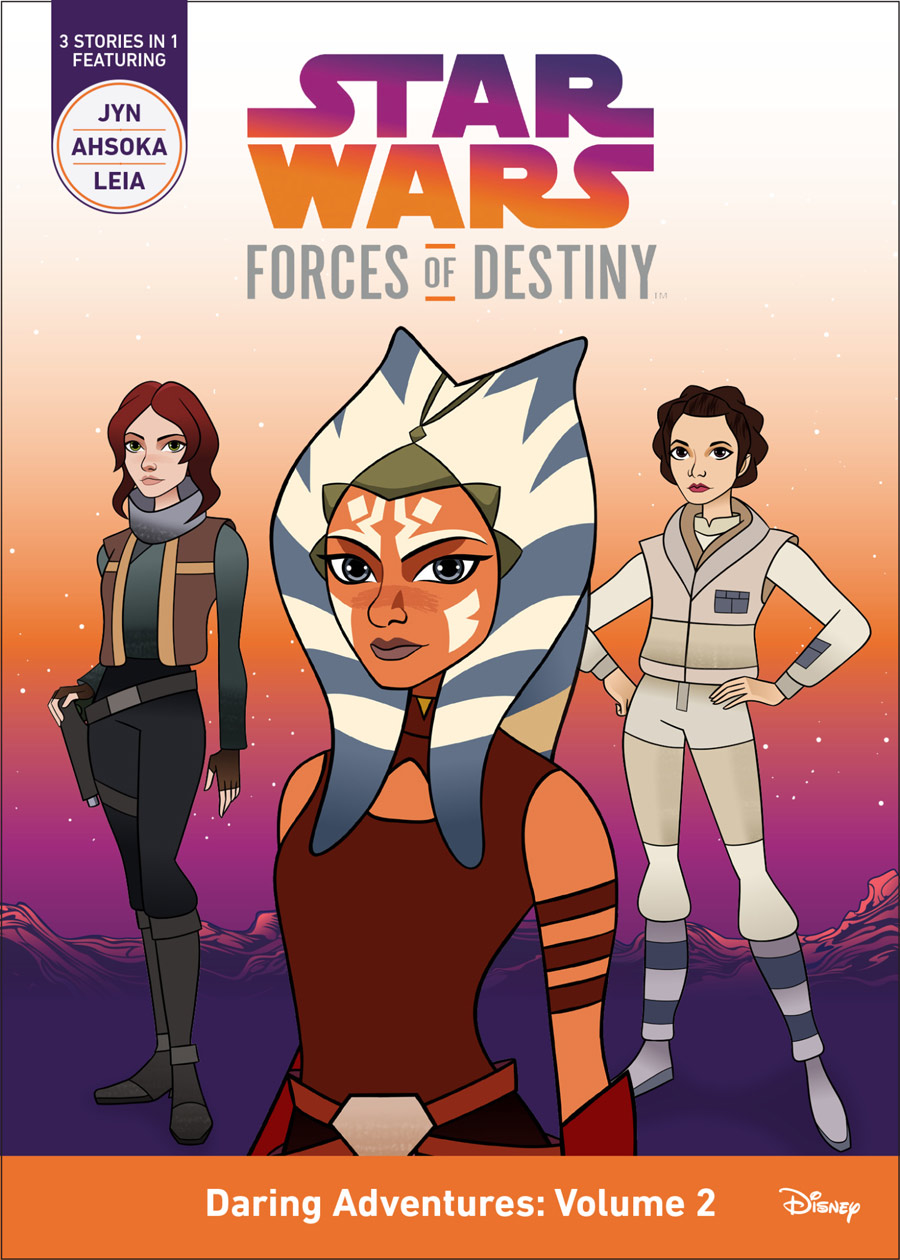 Read the whole article at StarWars.com.