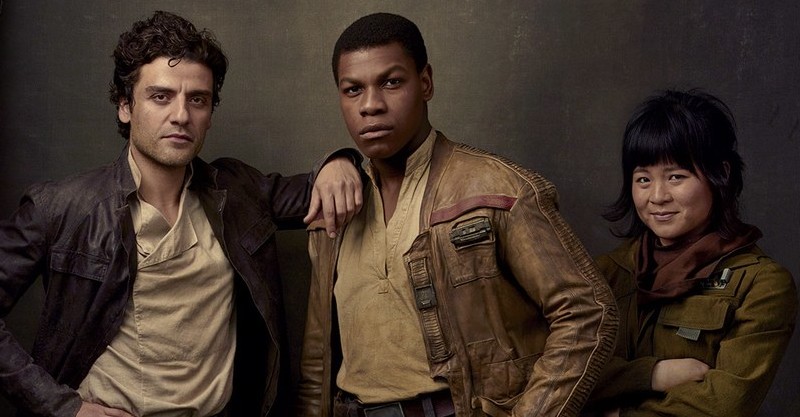 “FIVE THINGS THAT ARE NOT IN THE LAST JEDI

A big, central-to-the-plot romance. For all the fan-fiction fantasies of “Reylo” (an imagined union of Daisy Ridley’s Rey and Adam Driver’s Kylo Ren) or “Stormpilot” (the same, for John Boyega’s ex-stormtrooper Finn and Oscar Isaac’s pilot Poe Dameron), [writer-director Rian] Johnson says that The Last Jedi offers “no one-to-one equivalent of the Han-to-Leia, burning, unrequited love. In our story, that’s not a centerpiece.”

A major creature character. Though, as mentioned above, The Last Jedi is rife with creatures, Johnson says there is no major non-human character akin to Maz Kanata in The Force Awakens or Yoda in The Empire Strikes Back. “Most of the creatures are peripheral characters, but they’re throughout the entire film,” he says. […]”