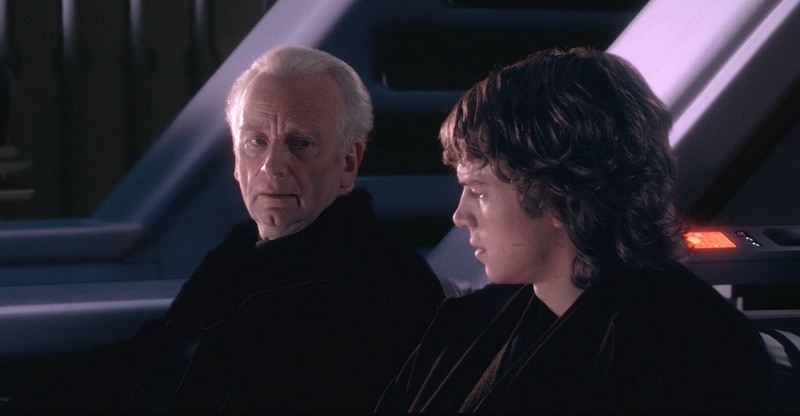 From The Mary Sue:

“[…] With the new movie’s promotional tour, though, it seems as if Abrams wants to reignite the fire of the prequels once more. Talking to Entertainment Weekly, Abrams pointed out that his favorite scene—which has long since become a meme—from them is when Palpatine, essentially, convinces Anakin to use the Dark Side of the Force (in his own way).

There’s just something about that scene. There’s just two people sitting there. It’s visually interesting. But I just think Ian’s performance in it is spectacular.

And here’s the thing: He’s f**king right. Revenge of the Sith is easily the best Star Wars prequel, and if I’m being honest with myself, it’s also one of my favorite Star Wars movies overall. Maybe it’s, in part, because I was thirteen-turning-fourteen and spent the entire summer in the movie theaters watching this on a loop (I’m pretty sure I saw this movie over 50 times that summer, and I’m okay with that) or maybe it’s because it just rules, but there’s something about Revenge of the Sith that brings the world of Star Wars to life in a new and exciting way.

The movie, while focused on Anakin’s flirtation with the Dark Side, also shows the delicate balance that the Force lives around. Palpatine, in Abrams’ words, seduces Anakin with a story of a Sith Lord, and from there, Anakin believes that the Dark Side is the only way to protect his wife and children.

Is Revenge of the Sith the best Star Wars movie ever? No, not by a long shot, but it did bring emotional stakes to this series that I don’t think were there before, even with Luke Skywalker knowing the truth about his father and Leia. Revenge of the Sith showed the lengths that people will go to in order to protect what they’re desperately afraid of losing, and for Anakin, that was Padme, and he let himself be swayed by a man who only had his own self-interest in mind.

Could I write a novel on the themes in Revenge of the Sith and its overarching placement in the Star Wars franchise? Yes because it’s maybe the most important movie therein, so J.J. Abrams talking about this scene and its significance? Not surprising in the slightest.”