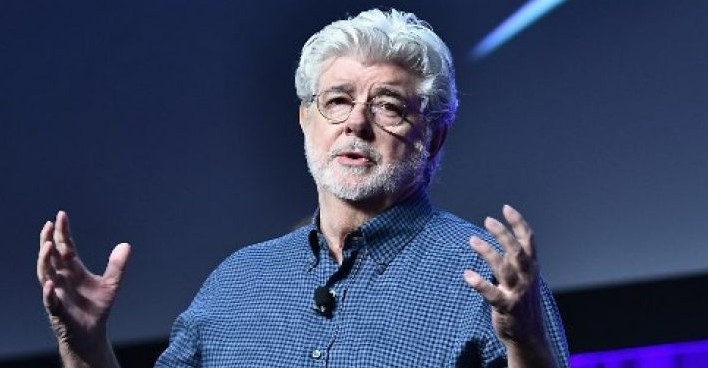 From The Hollywood Reporter:

Did you get any input from George Lucas on Last Jedi?

We went into Star Wars saying we’re going to do matte paintings and we’re going to be hanging miniatures. That’s the way we’re going to do this cause that’s what George would want. And of course George visited and he’s like, ‘Why are you building all these sets?’ ‘Well, because that’s what you like, isn’t it?’ He’s a cranky guy but his point is that for the big stuff, obviously planets, spaceships flying, when you’re not close enough to see actors in it, there isn’t much point anymore in actually building something.”